7 Photographers Maximizing The Strength of Their Canon Camera 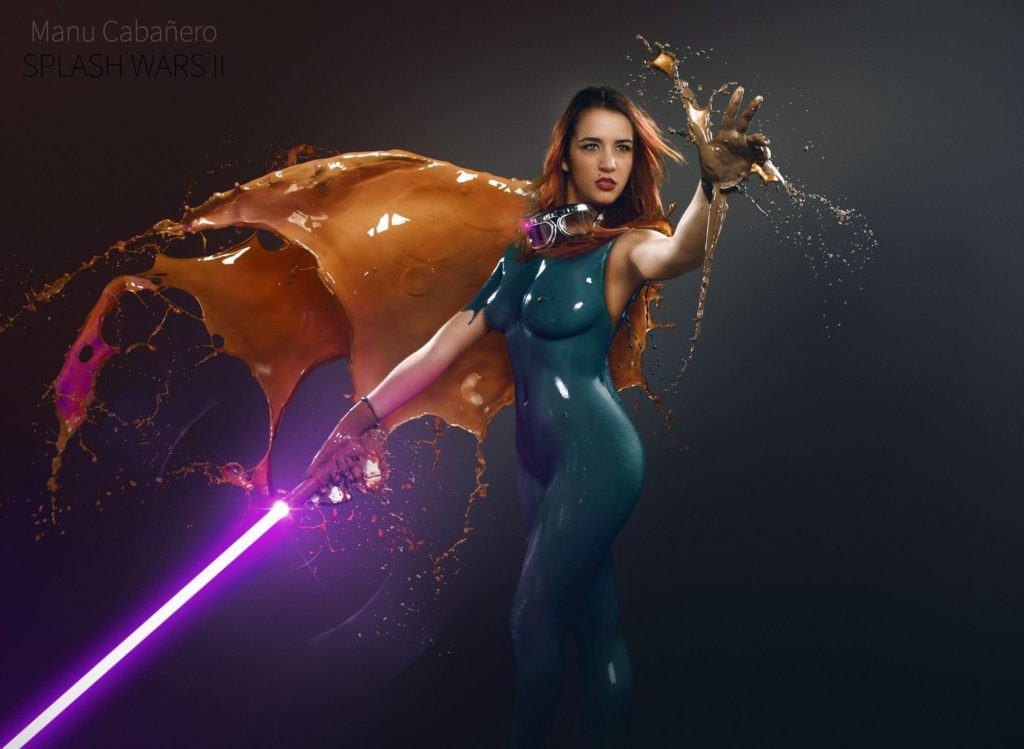 The Canon camera is a mainstay in the photo industry. Even after all these decades, new and experienced photographers swear by their Canon systems. It’s no surprise. After all, Canon does make quality cameras and lenses. But, of course, it’s no good having a quality camera if you don’t know how to use it. Thankfully, the photographers in this piece have made remarkable photographs and projects – their Canon cameras are just trusted extensions of their creative vision.

Creating the Photograph with a Canon Camera

Loyal readers of the site will know about our popular series Creating the Photograph. In 2016, the series focused on the work of Debabrate Ray. He’s a portrait photographer currently based in Stockholm, Sweden. In his feature, he took us through his process for creating his project, The Red Girl. He used the highly regarded Canon 5D Mark III for this project. While we won’t give too much away in this piece, Ray explained how he set up his lighting, designed his scene, and edited his photographs. See the full process here.

Meg Loeks enjoys turning her lens on her family. The photographer is from Michigan’s Upper Peninsula and uses her self-built home for some of her shoots. Armed with her Canon 5D Mark IV, Leoks shared intimate images of her daughter with us. “One of the sole reasons I wanted a sink this large was to give my daughter baths in it,” explained Loeks. She continued, “…as a photographer, I love to, of course, document it.” Check out the full process here.

Jason Lindsey’s Cabin Fever Was Shot on a Canon Camera

In another memorable edition of Creating The Photograph, Jason Lindsey took us behind the scenes of his project, Cabin Fever. Talking about his inspiration for the project, Lindsey said, “Cabin Fever was inspired by my love of Winter and Spring but frustration with the in-between month of March.” He continues, “I always feel stuck inside during March and being surrounded by grey sky, grey trees, and grey earth. I knew I want to explore this idea and came up with these shots.” He created the work using the Canon EOS 1D X Mark II, and you can see the full process here.

Donald Bowers Shows Us, “Why Here! Why Now?”

In his hand is the Canon 5D MK II, and paired with it is the Canon 17-40mm f4. Now fully equipped, Donald Bowers was ready to begin his super creative project, “Why Here! Why Now?” The idea was to create a scene where the subject was relaxing on the beach, and then saw someone she didn’t want to see. From there, thrills and spills commenced, and the result was some cool images that offer a slice of humor. If you want to know exactly how he made the images, check out Bowers’ feature here.

Fans of combat sports are sure to like this one. In 2017, Dan Bannister shared a project he did with a sports drink company. The theme was to shoot a boxer in the gym and tell his story. What’s interesting about Bannister’s work is that he shoots a combination of stills and video. For the stills, he used the Canon 5DS R, a true workhorse of a camera. In his feature, Bannister shares the challenges of creating the images. It’s an interesting read and one you can enjoy here.

Nathan Hostetter Fascinates Us with His “Mirror Mirror” Series

“For this shoot, I wanted to do something with a vintage/vogue look,” explains photographer Nathan Hostetter. Working with model Naomi Pacheco, the pair worked together on a carefree shoot, with both of them happy to see where it went. “I honestly don’t always have a method to my madness, I just like taking pictures and working with other creatives,” says Hostetter. Well, his madness certainly paid off with this one. He, Naomi, and his Canon 6D did some fabulous work. Check it out here.

We have shown the work of Manu Cabanero on the site several times. He makes cool images that pay homage to the popular Star Wars franchise. He works with the Canon 7D and captures his subjects in the form of popular Star Wars characters. It’s an extremely creative series and one we’ve enjoyed showing as it’s evolved. For a full behind-the-scenes peek into how he makes the images go to the full feature here.

If you shoot with Canon, you’re likely thinking, “I make dope work with my Canon camera.” And if that’s the case, why not show it to us? If we like it as much as you, there’s a strong chance we will feature it. Reach out via arts [at] thephoblographer dot com. We look forward to it!

All images used with permission. Lead image by Manu Cabanero.