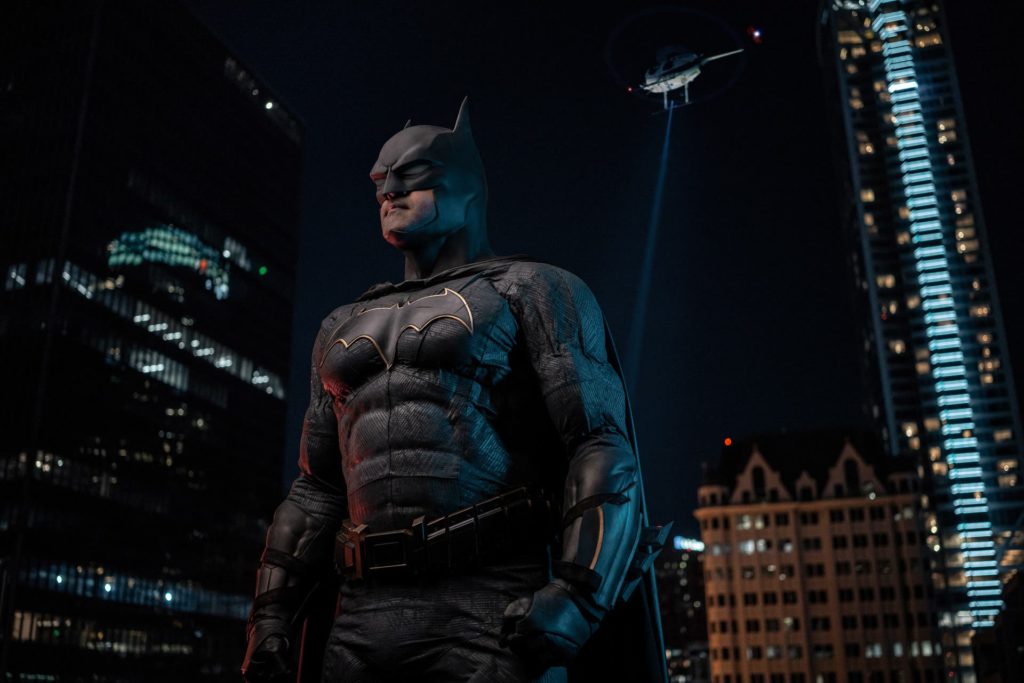 Rooftops are the ideal vantage point for making photographs from a different perspective. While the world goes about its day, the rooftop photographer can document what’s going on, without anyone knowing they’re there. Rooftop photos aren’t only about looking down. The pinnacle point of a building is also a cool location for conceptual photography. We’re going to take a look at it all in this article, bringing you the very best of the rooftop photos we’ve published over the years.

New York and Toyko are both known for their buildings that grace the skies. It’s a good job Navid Baratay isn’t afraid of heights, because if he were, he wouldn’t have developed his mesmerizing series, Intersection. On why he prefers shooting from above, Baratay wrote:

“You feel the energy and flow of the city–the constant stream of yellow taxis lining the avenues, the waves of pedestrians hurriedly crossing at the change of traffic signals, little figures disappearing into the subway stations, the chorus of honking horns and sirens.”

See more of the work here.

Back in 2019, we came across a fascinating series by Ilya Nodia. Shot at some dizzy heights, Nodia took one of the world’s best superheroes and turned them into a cinematic dream. Batman was the center point of this shoot, and Nodia, armed with his Sony a7R III, created a theme that was perfect for the mysterious aura of Gotham’s vigilante. Take a full behind-the-scenes look at the shoot here.

Raymond Hau Got High Thanks to This Camera

Raymond Hau began shooting from higher vantage points because of the Sony RX1. The camera is so light and compact that he was able to carry it everywhere he went. Having the camera led to him constantly thinking of new ideas and perspectives. Over time, he got higher, and higher, and higher. As a result, Hau created beautiful skylines and mountainous dreamscapes. See a range of his photos here.

Returning to rooftop photos in Japan, welcome to the work of Stefano Gardel. On the idea of his series, Blade Runner, Gardel said, “I wanted to recreate the sense of longing and separation of a dystopic futuristic society that has lost connection with the natural elements. A vibrant but nostalgic mood aware of its own decadence.” Did he succeed in his goals? Take a look here.

Teemu Jarvinen Keeps to The Theme

What’s clear in this round-up is that Asia is the desirable spot for shooting up high. Keeping the theme going, Teemu Jarvinen shows off his rooftop photos from Hong Kong. You’re forgiven for thinking Jarvinen is a pro, but he’s actually a hobbyist by choice. “I prefer to keep photography as a passion as I fear going full time may take something away from the enjoyment,” he told us back in May of this year. Labels are not important. All that matters are the images, and they’re marvelous! Take a look here.

As the world opens up, the opportunity to get out and get high is returning. So, if you consider yourself someone who likes to see the world from above, why not make photographs? Don’t only go to places that are open to the public either. If you speak to the right people, many buildings will authorize access to rooftops and allow you to make photographs. It’s surprising where you can go when all you do is ask. And after making your images, send them to us using the above form. If we like them, we’ll surely share them. Thanks for reading.

Lead photo by Ilya Nodia. All images used with permission.