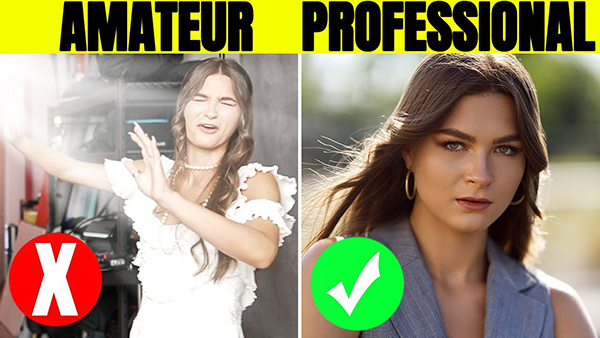 Working with models can be a challenge for beginner photographers. So, it’s completely normal to make a few mistakes when photographing a model.

There is, however, a way to prevent you from blowing your first session with a model. In the below video, pro photographer Miguel Quiles explains five things that “photographers do and say that absolutely ruin their chances of getting great photos when working with models.”

“Today I’m going to be sharing some tips that will help you not say something dumb that is going to mess up your photo shoot,” Quiles says. “And listen, I’ve done it before. We’ve probably all done it at some point, but it needs to be said.”

He adds though that the important thing is to learn from your mistakes. Here are Quiles’ five beginner tips for photographing models.

“There are a lot of things that can go wrong in a photo shoot,” Quiles says. “Your camera might not be working; your flash may not be working. Was I panicking a little bit? Nope. Cool as a cucumber. If you don’t appear to be confident, your models are going to see that and think: ‘Oh jeez, they don’t know what they’re doing.'”

“The worst thing you could possibly do during a photo shoot is just sit there, take photos and be absolutely quiet the entire time. You have to communicate; you have to tell your models what it is you are doing.”

“Mints! Make sure you don’t have stinky breath because that will ruin any photo shoot.”

“Don’t say creepy stuff. If you don’t know if you’re being creepy, you are going to have to check yourself. Maybe have a friend, family member, somebody sit in on your photo shoots. They will give you an outside perspective.”

“Your vision doesn’t have to be the great idea in the history of ideas. But if you are doing a photo shoot and you have not communicated what type of looks you want, what type of poses, expressions, makeup, hair; they’re going to have a hard time feeling confident that they can give you what it is that you’re looking for.”

#5 Keep It to Yourself

“TMI: Too much information. I have seen photographers go into photo shoots on the tail end of terrible things happening to them. Family members being in the hospital, pets passing away like minutes before the photo shoot. It sucks. Life happens but you don’t’ want to share those things in a photo shoot. You want to keep things professional.”

Check it out below and then go visit Quiles’ channel to see all of his photography tips. If you think you might be coming off as creepy as a photographer, you should definitely watch this video on the 5 WORST types of photographers out there.

Canon R3 pro mirrorless camera: The specs and features we know so far

A complete guide on how to safely take, send, and store nudes

Take better pictures by thinking like an old-school photographer

What’s New in the Latest Lightroom Update? Watch This Video & Find Out