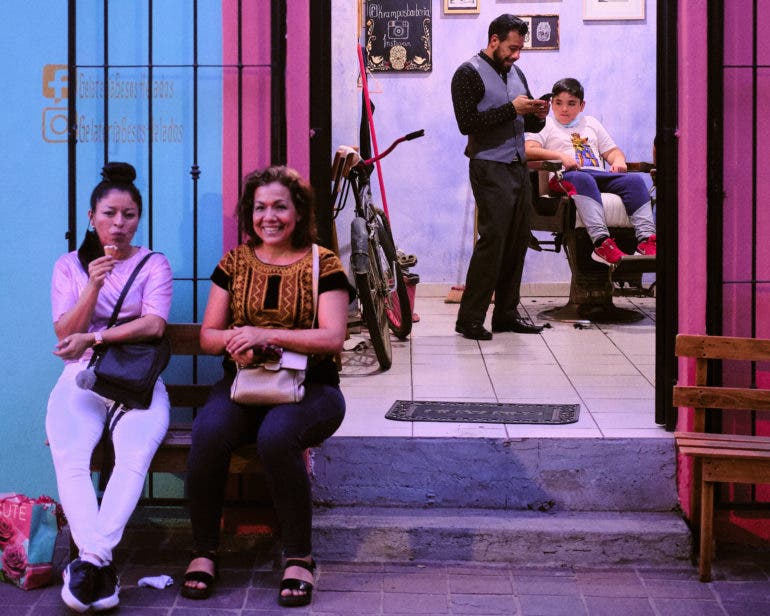 I’ve had the privilege of spending several years in Latin America. From North, Central, and South, this part of the world is full of vibrancy, passion, and excitement. The climate in parts is perfect, and the people provide warm energy through their infectious personalities. I love Latin America, and shooting street photography there is a blast! In this article, I share some of my favorite spots.

I haven’t visited every country in Latin America (although I’m working on it). I have been as far south as Ecuador. So if you’re from any country beneath that part of the world, don’t worry, I haven’t overlooked your country, I just haven’t experienced it to write about it with authority. Rather than give readers a generic overview, it’s in The Phoblographer’s nature to only write about places (and gear) we’ve experienced first hand. Let’s get into it.

For me, Mexico City is hands down the best city in Latin America for street photography. Located 2,240 meters above sea level, it takes a couple of days to acclimatize to the city. Once you’re on top of your breathing, all you have to do is walk out your front door, and the streets are ready-made for photography. From the hip vibes of Roma Norte to the packed streets of Centro Historico, you’ll never run out of scenes to photograph. That’s why it’s the number one spot for me. It brought my love for street photography to its peak, and I couldn’t stop going out to create.

Leon is a small city located in western Nicaragua. It has the perfect blend of locals and university students, allowing a photographer to connect with different atmospheres when out on the streets. The architecture is also stunning. It was mostly built up in colonial times, which can be either good or bad depending on how you look at it. However, what is true is that what remains are glorious streets and buildings to incorporate in the photos of the people that fill them.

Cuenca may be the most mesmerizing city I have visited. It almost feels like a magical land that only a few people know exists. It’s not; many people know of its wonder and visit it every year. One major positive for Cuenca is that it’s one of Latin America’s safest cities, reducing the worry of anything happening to you or your gear. The city still inhabits the Cañari, the indigenous community in the region of Azuay. They’re not as open to being photographed as people from more modern cultures, but they tend not to mind if you don’t get too close and keep a respectable distance.

Caye Caulker isn’t a city; it’s an island. For its uniqueness, it’s impossible not to include. I remember arriving on the boat and instantly having the thought, “I’ve not been somewhere like this in my life.” No cars, just bikes and golf buggies. No paved streets, just sand. And unlike the likes of New York and London, people are not rushing; they’re chilling. Although the infrastructure isn’t modern, the people on the island have done a fantastic job of giving the streets life and energy. Whether it’s people jumping into the Caribbean Sea or others just relaxing at the bar, there’s always something happening to document.

In the interest of fairness, I tried not to include two cities from the same country. With that said, it was impossible not to talk about Oaxaca when writing about the best places for street photography in Latin America. When most people think of Oaxaca, they think about the food, but I don’t (although it’s tasty). Instead, I think about the rows of streets that always give you something to fix your lens on. The fashion culture in Oaxaca demands attention, as do the late evenings inside the Mezcalarias. Bonus points if you visit in early November when the whole of Mexico celebrates Dia de los Muertos (Day of the Dead).

Above are five of the best places for street photography in Latin America. However, I could have easily included Jardin, Colombia, Guayaquil, Ecuador, Antigua, Guatemala, and several more. If you’re yet to explore Latin America, I strongly advise to go as soon as possible. It’s given me some of the best experiences of my life, and again, it’s been an honor and privilege to document it with my camera.

Where do you think are the best places to shoot street photography in Latin America? Let us know in the comments below.