Yesterday we featured a very helpful tutorial, explaining how to consistently nail exposure when shooting outdoors. But what happens when you make a mistake and a photo is badly underexposed?

In the four-minute video below you’ll learn how to rehabilitate dark images during the editing process with any software you own. This method is very effective, and it’s so easy to accomplish that it only takes four minutes to explain.

Image-editing expert Anthony Morganti has a large following on his instructional YouTube channel among photographers who appreciate his quick and simple tips. In this episode he demonstrates how easy it is to achieve a perfect tonal range with photos that look like they should be trashed. 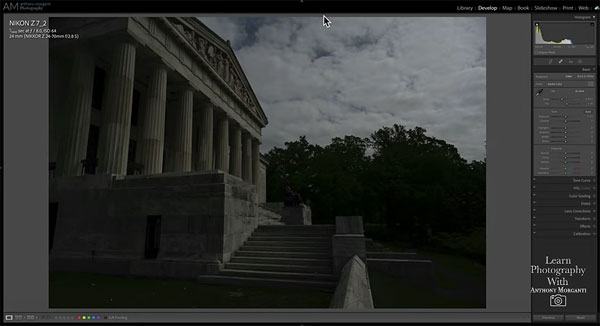 As Morganti explains, “The main challenge you’ll encounter when processing an underexposed image is to edit it in such a way that you have enough dynamic range to avoid blown-out highlights and crushed shadows. He reveals a remarkably easy method that gets the job done fast.

Morganti is using Lightroom to demonstrate this universal technique, and the first thing he does is move the exposure slider to the right. As you’ll see, with this standard approach, the shadows aren’t opened up enough, and highlights are blown out.

Instead of struggling by moving everything around, Morganti’s approach makes the task easier and somewhat automatic. What he recommends is starting with the Highlights slider and setting the value to -100. Now go to the Shadows slider and move it to +100. 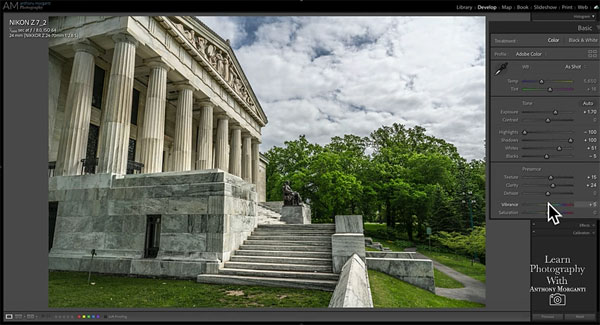 As you’ll see, the image is still somewhat underexposed. But now if you return to the Exposure slider, you’ll be able to adjust exposure so both highlights and shadows look much better. You’ll then learn a few additional tweaks, so the image is perfect.

There are many more editing tips and tricks on Morganti’s YouTube channel, so be sure and take a look.

And check out yesterday’s tutorial explaining how to consiustently nail exposure in the camera when shooting outdoor photographs,.