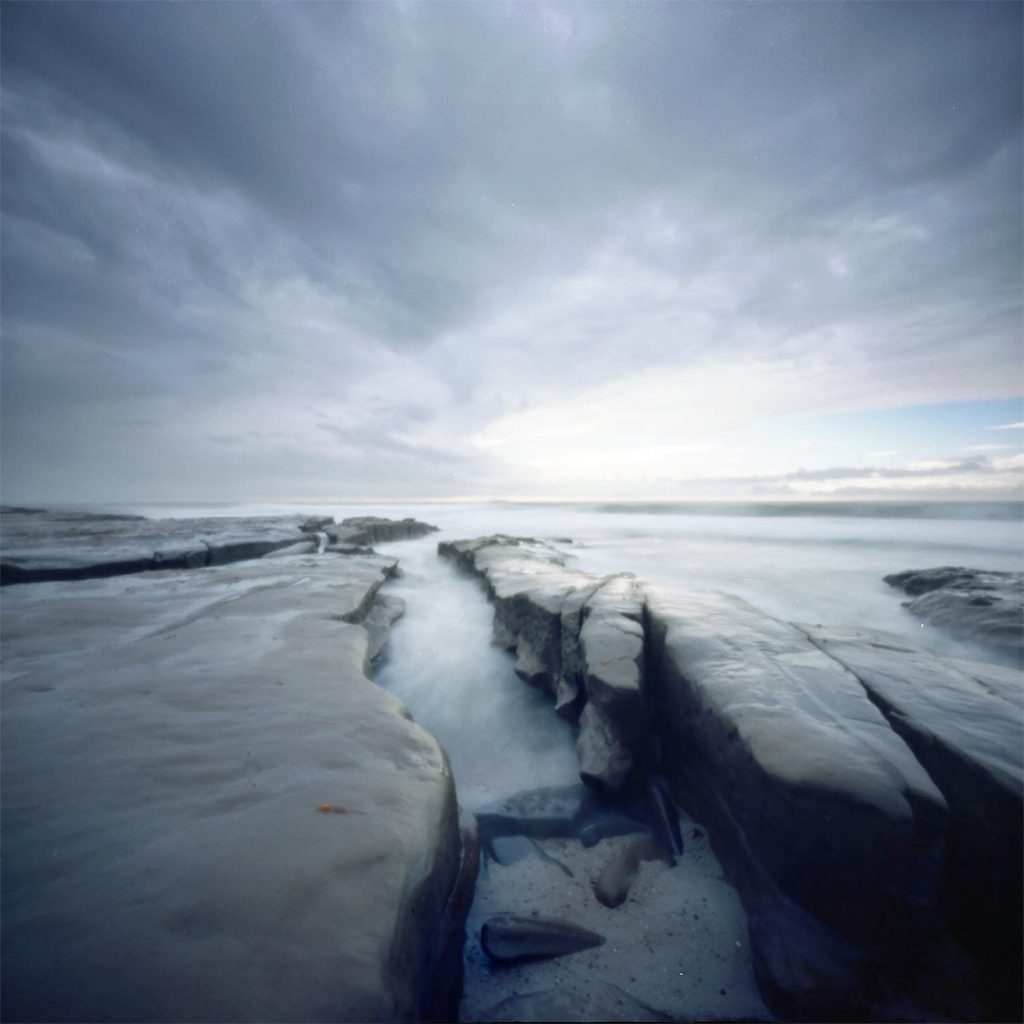 These pinhole photographers have foresight and thought to think ahead.

Pinhole photography is incredibly fun once you get the hang of it. It starts by throwing away the idea of absolute sharpness. Instead, you’re capturing a longer passage of time in a single photo. They say you can’t capture motion in a still photo, but they’re very wrong. We’ve interviewed tons of pinhole photographers over the years. And we’re rounding up just four of our favorites in this special post.

Interested in learning more about Pinhole photography? These books will probably teach you all you need to know.

“The camera’s f192 aperture meant that every image is a long exposure. Consequently, I began by focusing on subjects common in long exposure work such as a speeding traffic. I traveled down into Philadelphia armed with a sturdy tripod and a timer. However, the images felt like the standard boring images of speeding traffic with the pinhole effect slapped on top. I was then introduced to the blurry color work of Ernst Hass and it sparked the idea of embracing rather than fighting the blur. The freedom from the tripod allowed me to capture the energy that you feel on the streets that was missing from the previous images.”

Kenneth Leishman Was Burned out from Digital, So He Did Pinhole Photography

“I have always been drawn to color, but not vibrant colors. I love saturated, subtle colors like a Rembrandt painting. The great thing about film and pinhole, is the not knowing if it will come out; that to me is the exciting part. You don’t have a view finder to look through or anything to go off of. it’s all about exploring and adjusting to the scene, taking notes on what worked, what didn’t. I always have a pad with me to write down weather patterns, time of day, high tide low tide,metering, exposure time per every exposure etc. so I no what works, what doesn’t. How close I was to a rock, so I know the depth for next time. Film is not cheap, you have 12 shots to get it right. So slowing down and taking in the scene is huge. sometimes I won’t even shoot that day, if it’s not right.”

“Pinhole photography means slowing down. It means achieving a personal peace when there’s nothing left to do but lose myself in the horizon and the changing tide of a coastal scene as I wait for the camera to finish an eight-minute exposure at dusk. It means maybe making only two or three frames of film count for an entire day. It’s beautifully primitive and simplistically pure. I feel unbridled. I no longer fret about battery life or memory cards or spend a minute debating what lens to use next. It’s just a little wooden box, unfiltered, absorbing the world. And I’m by its side doing the same.”

In our interview, she said:

“The studio pictures usually follow a plan and many sketches of images and ideas that have arisen in my head. Then, I turn on the studio light and try to bring the idea to life through experimentation. [But] it always turns out differently… and always surprising. That is also the beauty of the process. The way (method) is the goal… Sometimes I think I should also document the process because it is so funny, but that exceeds my capacity in those moments. I have to focus.”

All images used with permission in our interviews. Want to get your work on The Phoblographer? Let us feature your photos!