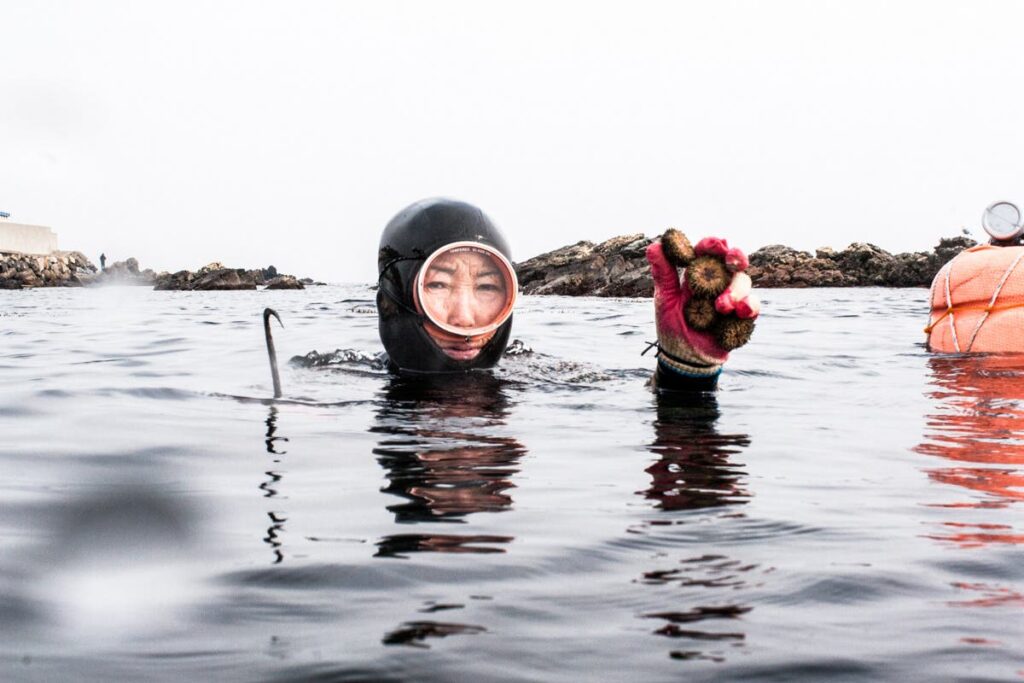 Binly is a super versatile photographer who is as comfortable creating intimate portraits as he is documenting candid moments. Beyond making compelling imagery, Binly has an important story he wants to share with the world. “The main driving force behind this project is to bring visibility to Laotian American struggles,” he told The Phoblographer. The state of California put forward a bill to teach Vietnamese, Cambodian, and Hmong American History as part of the curriculum. Missing from the groups were Lao Americans, something Binly feels is evidence that the people often overlook the group. Determined to drive change, he went out with his Canon 6D and focused on Lao Americans in the hope of raising awareness of their existence. You can read the full story here.

As smartphone cameras have improved over the past decade, more and more photographers use them to create their images. In January 2021, it was Abhishek Yellapu’s turn to show off his skills. His weapon of choice was the Sony Xperia 1 II. Although not the first company to do so, Sony was the first major organization to create a phone camera with a 1-inch sensor. However, as much as we were interested in what the camera could do, we were more intrigued by what Yellapu was capable of creating.

He kindly shared some beautiful landscape and nature photographs with us, sending us some sharp, well-composed scenes that had us wishing we could transport ourselves to these wonderful locations. On using the camera, Yellapu told us:

“The dedicated shutter button has proved to be way more useful than I would have thought. It just goes back to having more control and great dynamic range on the camera side of things. I took a few long exposure shots (with an ND filter held up to the phone’s camera lenses), and they were pretty impressive. I never would have imagined taking decent long exposure shots with a phone camera.”

You learn more about him here.

Here at The Phoblographer, we’re always on the lookout for work you don’t tend to see in other online publications. From the abstract to the often overlooked, we want to share stories that give our readers something fresh. That’s why in 2019, we featured the work of the photographer Mijoo Kim. The Mother of the Sea is Kim’s attempt to highlight Korean women who work in industries out at sea. Every day, they’re working hard to catch oysters, sea cucumbers, abalones, sea urchins, and squids. Often a male-dominated field, Kim shows that women–most of whom are middle-aged–are also working tirelessly in an industry that’s both mentally and physically challenging.

On why she decided to do the work, Kim wrote:

“I wanted to express what a difficult and physically demanding work they are doing. These women divers are carrying on a Korean legacy as having lifelong profession. Through this project, I would like to share not only female divers’s beauty as women, but also their courage and their tenacity in facing difficulties during their lives.”

You can see more of the series here.

If you love all things Sci-fi, you’re bound to enjoy the photography created by Mako Miyamoto. In 2017 we found this cool series that used Star Wars and space as the foundation of the theme. Documenting humanity’s journey through space exploration and combining it with some fan-favorite characters, Miyamoto developed a body of work that was both eye-catching and exciting. In the words of Miyamoto:

“Further West explores a revisionist’s vision of manifest destiny. Refugees and pioneers on the brink of the unknown step onto foreign soil, engulfed by the sprawl of the landscape before them they begin to shape the world.

“The known and unknown collide, as natural and constructed spaces become augmented, and mid-century Americana culture adapts, shifts, and changes its trajectory toward a new and uncertain future.”

You see can see more of there work here

We are eager to see more photography from talented Asian American photographers. Let us know which photographers you dig, or if you’re feeling confident, share your photography with us. Drop some names in the comments below, and we’ll be sure to check them (or you) out. Thanks for reading.

Lead photo by Mijoo Kim. All images used with permission.