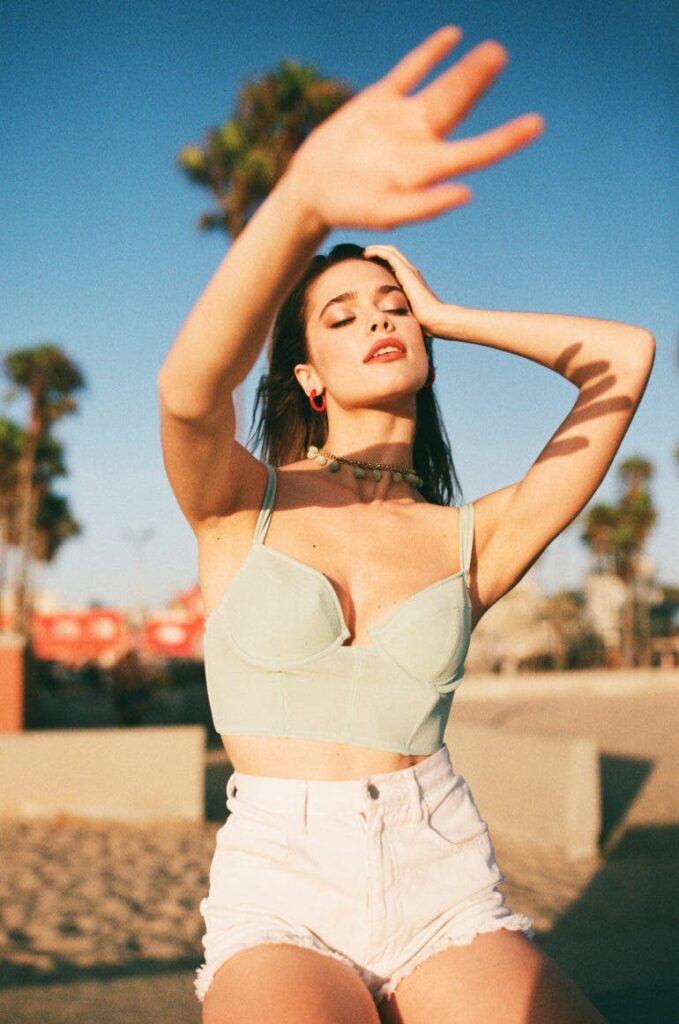 While the photo should always take up the most attention, many of our readers would like to know which cameras the most talented photographers like to use. Below is a list of the cameras, with links to some of them, should you wish to purchase them for yourself. In full transparency, The Phoblographer gets a little kickback from each camera purchased via the links, which helps keep the lights on.

There are many ways to document New York City. Most photographers like to create photographs in daylight, as it allows them to show the city’s diversity and culture. However, some photographers, like Tarik Tosun, prefer to document The Big Apple when the sun disappears and the night comes to fruition. His moody, deep, hypotonic images stole our attention in 2021, and we fell in love with his approach to photographing NYC. More so, we were impressed that Tosun chose to show this mini-series on film, opting to use a Nikon FE2 rather than a modern-day digital camera.

Intriguingly, Tosun made the decision to use CineStill 800T film to make his photographs. When asked why he chose this film, he told The Phoblographer:

“I had seen a bunch of really interesting shots on Cinestill on r/analog, and wanted to give it a try. Cinestill 800T is a super odd film, and it can be a little difficult to use. Because of the tungsten balance, you really have to pay attention to the lighting conditions. If the lighting has any blue tones, the photo can come out unexpectedly looking extremely blue. The deep blue tones in these photos were a bit of a happy accident, actually. The long exposure really picked up the blue light of the twilight sky, and the tungsten balance of the film accentuated it.”

You can see more work from Tosun here.

Lanna Apisukh is a photojournalist who loves film photography. Because of the time demands that come with being a photojournalist, many photographers leave their film cameras behind and opt to use digital so they can meet deadlines. And while Apisukh does use digital cameras such as the Fujifilm XT4, she also pitches stories that allow her to use her analog camera. Seeing photojournalist imagery shot on film provides a sense of nostalgia, reminding us of the old days when things felt raw and uncertain. Apisukh has some beautiful film exposures, and it gives her stories a little more edge and character when compared to digitally shot assignments.

When asked how she approaches an assignment when using film, she told us:

“I usually figure out which photo labs can process my film and turn it around quickly if the deadline is close. Then I’ll make sure I’ve got enough film in stock to shoot the assignment or project. I’ll also take an extra camera body just in case since one of them has failed on me before. It happens with these analog cameras that are over thirty or forty years old!”

At the top of this article, we shared the main film cameras our favorite Asian American photographers like to use. Dig deeper and you’ll learn photographer Dave Tada has way more than one analog system. In his feature in late 2021, Tada told us about the 27 analog cameras he owns. That’s quite the collection! However, don’t get it twisted, Tada is far more than a collector. He is a talented photographer who creates portrait, abstract, and floral images full of depth and story. We love his work just as much as his camera collection.

We asked Tada what it was about film photography he loves so much. He response:

“I do have an unhealthy love of film cameras and how they all make me shoot in a different way. I think they all have their own personality. Also, for me, film has such a unique look that sometimes feels familiar, yet also otherworldly. I shoot digital for work, and it serves its purpose for that. However, it’s a bit too sterile and perfect looking, in my opinion.”

To see more of Tada’s work – and his full list of film cameras – see his feature here.

If you know other fantastic photographers rocking out film photography, then be selfless and share them with us! We’re always looking for fresh work, so drop those names in the comments below. And don’t be afraid to share your own film photography! Thanks for reading.

Lead image by Dave Tada. All images used with permission.