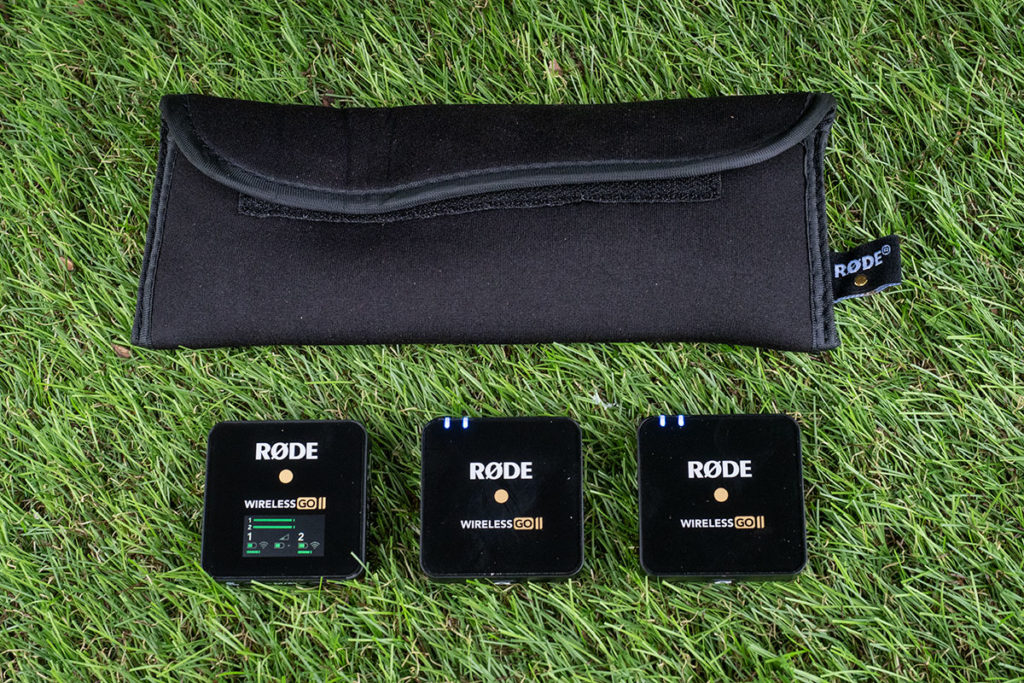 Whether you’re new to video or an experienced shooter looking to upgrade your kit, the new Rode Wireless GO II should be your go-to mic for great audio [Sponsored]

Stills photographers making the move into video often make the mistake of forgetting that literally 50% of a movie is the sound, and it’s arguably the most important half. While you can get away with shaky visuals as a style choice as long as the audio is good, the same can’t be said the other way around: poor sound will let down even the slickest camera work.

So a decent microphone is one of the first and most important investments that any budding videographer should make, but deciding which type to buy can be confusing. Fortunately the new Rode Wireless GO II makes that decision easy, offering great quality while being versatile enough to be used in a wide variety of applications. Here are 10 reasons why the Rode Wireless GO II should be your go-to microphone.

The Rode Wireless GO II comes with two transmitters, both feeding into a single receiver. This is perfect if you’re recording an interview between two people. Of course, you can use just one of the transmitters if you want to. The transmitters come auto-paired to the receiver right out of the box and remember which channel they have been assigned to, so you don’t have to worry about pairing them again – which takes the stress out of connecting the devices to each other.

With each unit weighing around 30g the Rode Wireless GO II is, along with the original GO,  the world’s smallest wireless microphone system. This makes it easy to attach discreetly to clothing. Each transmitter features a discreet built-in omni-directional condenser mic and Rode also supplies optional furry windshields in the kit that can be quickly attached using a simple twist-and-lock bayonet mount. Alternatively, use the 3.5mm TRS port to connect a lapel mic such as the optional Lavalier GO and use the transmitter as a tiny and easily concealed belt-pack.

3. Attach to your camera’s hot-shoe and connect via the 3.5mm TRS cable or USB

The Rode Wireless GO attaches to any hot-shoe or cold-shoe and features both a 3.5mm TRS and USB-C interface, which means that you can connect it to your camera using either method.

4. Connects direct with your smartphone or mobile device

For mobile film-makers the Rode Wireless GO can be connected to your Android or Apple mobile devices using the SC15 or SC16 Accessory Cable, and is MFi certified, which means it will work seamlessly with iOS devices. For a completely mobile, hands free vlogging setup, Rode also offer a selection of Vlogger Kits which include the Rode Tripod 2, Micro LED, Smartgrip and a VideoMic Me with either a universal 3.5mm minijack, Lightning or USB C connectivity. The Smartgrip contains a built-in cold shoe mount which can be used to mount the Wireless Go II receiver to the top of the phone.

5. Connect it to your computer for streaming, podcasting or video calls

You can plug the Rode Wireless Go receiver in to a laptop and record from your transmitters directly into your computer – ideal for podcasting and interviews in a studio set up. Or connect a transmitter to your laptop for live broadcasting, video calls and voiceovers.

The Rode Wireless GO II has an impressive 200m range between the transmitter and receiver, which can be attached to the camera via the hot-shoe. The receiver’s comprehensive LED display indicated the signal strength of the transmitters, along with battery strength, input level, stereo or mono channels and whether the transmitters are recording internally.

The Rode Wireless GO II offers internal recording to each transmitter, allowing up to 7 hours of uncompressed audio (or 24 hours of compressed audio) recorded direct to each unit, without the need for an SD card, providing a worry-free insurance policy should the transmission to the camera or audio source cut out for any reason. You can choose between recording the two audio channels separately, or combining them into a single stereo channel.  There’s also the option to use one channel as a safety channel, recording at 20 decibels lower than the main channel to prevent distorted recordings in the event of unpredictably loud sounds. These modes can be selected via the Rode central app.

The built-in Li-Ion batteries last 6-7 hours and can be fully re-charged, via the USB-C port, in around two hours, so you won’t have to be constantly checking the battery level.

The Rode Wireless GO II can be customised for a variety of applications. In addition to the Lavalier GO lapel mic the Interview GO turns the transmitter into a lightweight wireless hand-held mic for reporting on location or on-the-fly interviews and vox-pops.

Download the app for extra functionality, including the ability to set the gain control in ten steps or three, turn the safety channel on, toggle the backlight on/off as well as download the audio recordings from the transmitters.

For more information on the Wireless GO II visit Rode.com